SV Blue Pearl left Bay Head Marina on Orcas Island at 12:45 p.m., headed to Mail Bay, Waldron Island on the west side of Presidents Channel. Drizzling, no wind (Jay says of course, we are taking our sailboat out!). No current book but the tide has a small change so off we go. 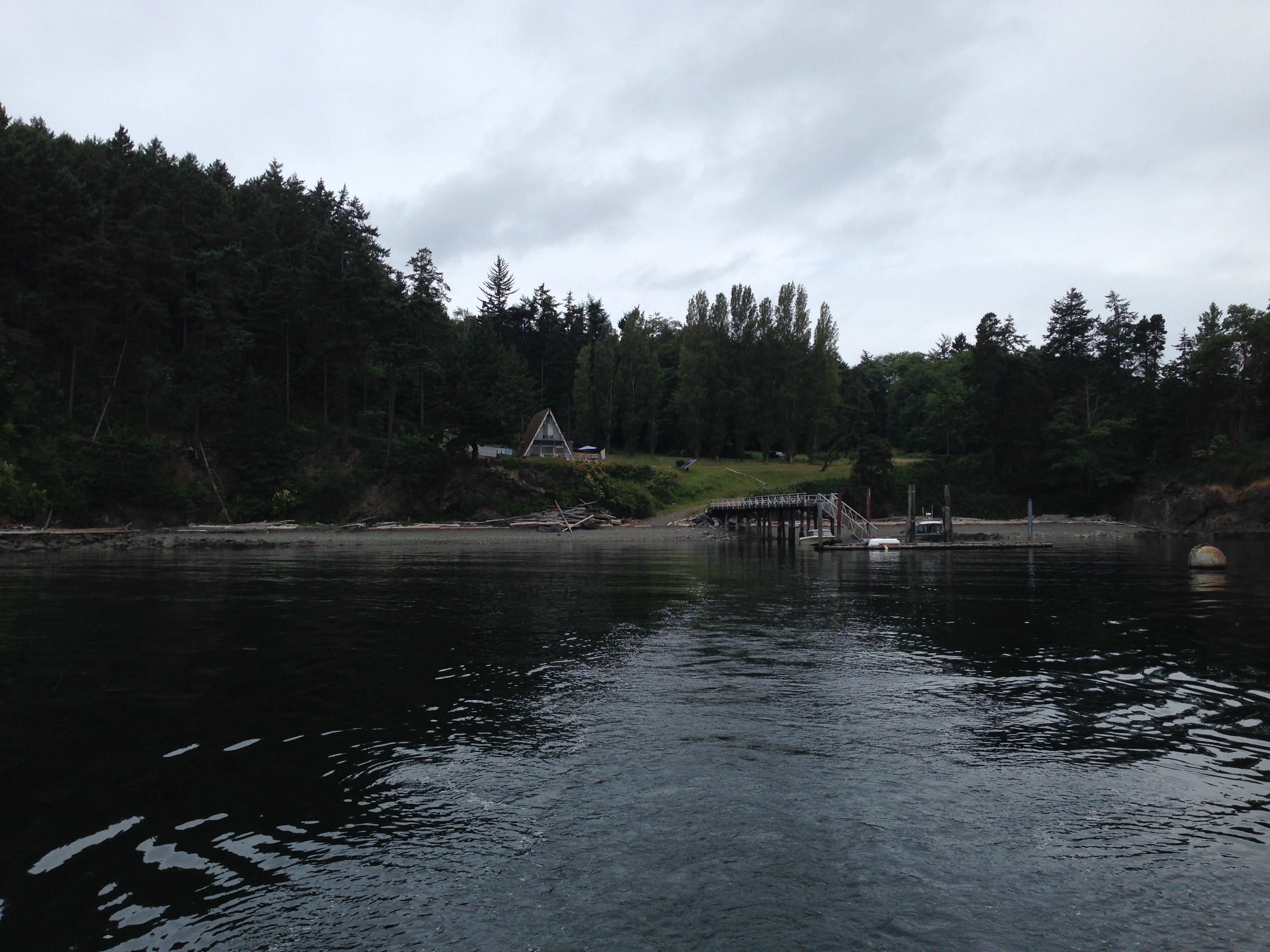 Uncle Bill met me with a big hug and said, “Let’s go!” Off we went on his four-wheeler with duck tape and a jerry rigged gear shift. He was hell bent on showing me all of his property I was listing. What a ride! I heard the history of Bill Carlson’s Waldron at full throttle flying down old dirt roads. I could just see my cousins Mike and Howie back in the day flying down these roads on horseback to get to school. Bill purchased acreage for logging back in the sixties when he was a young buck (he is 79 today). A proud man, he told me of the wells dug, timber harvested and Mail Bay log dump, pointing out the relics of machinery over grown with berry briars, building the family A-frame cabin and clearing fields for cattle. He no longer logs or runs cattle on Waldron, but the memories are fresh in his mind. We jumped pot holes, swerved at the one tractor we passed and down shifted on the downhill run due to the fact the only good brake on the four-wheeler was on his bad side (body strength lost). I was hangin’ on!! 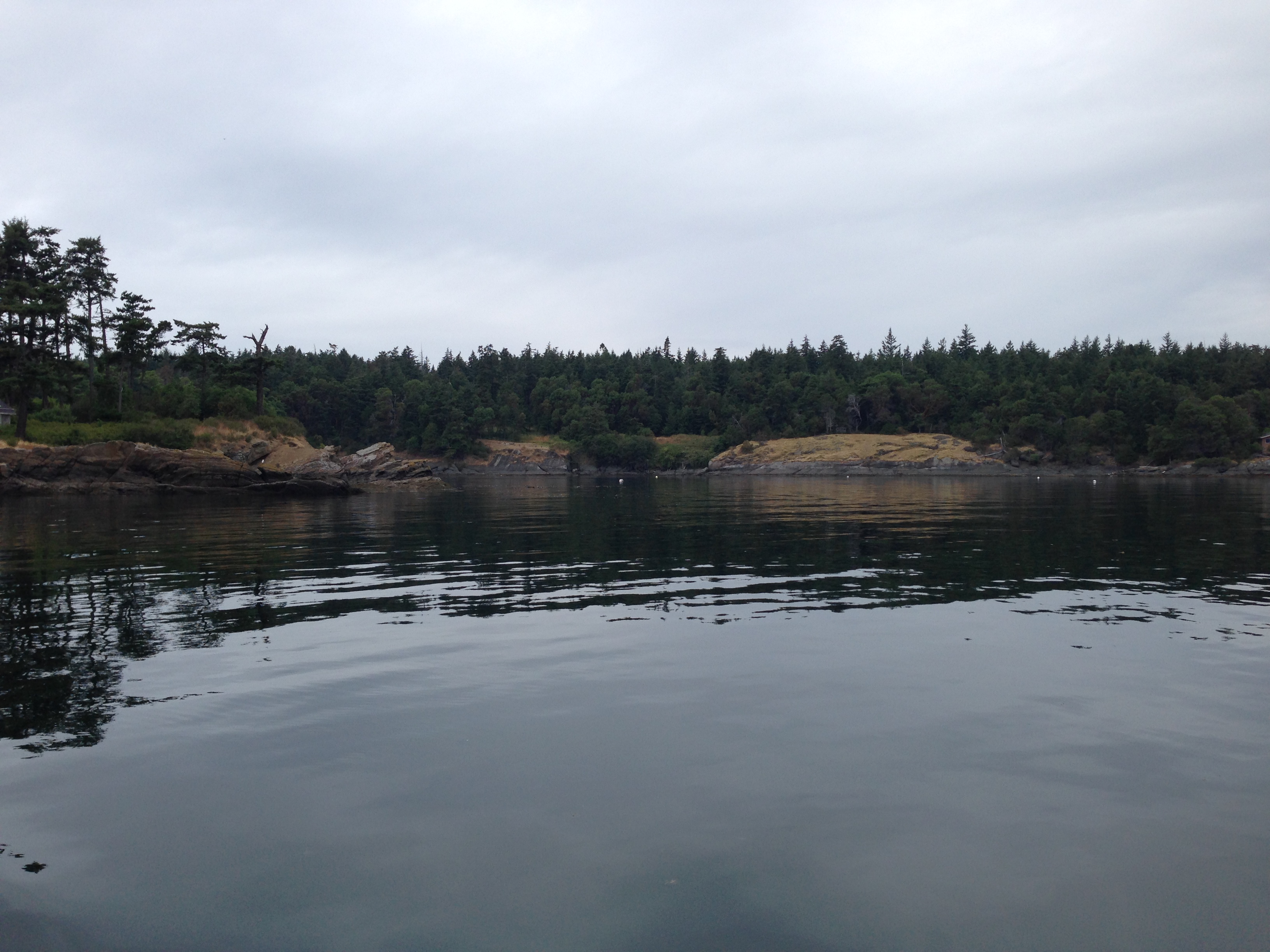 Back at the cabin, Bill says Jay should take me on a tour in the old rusty dodge 4×4, which says “Harvey go now” on the side panel. True to course, you had to coast-start the truck. Good thing it was parked pointing down hill. One brake works, the clutch had a bungee cord holding it together. Jay turned the key, the dash lit up, he popped the clutch and off we went. When asked if I knew where we were going, I said confidently, “Oh ya!.” After all, I just went road trippin’ with Uncle Bill!

To the untrained eye, all the dirt roads on Waldron look the same. They run like a maze through a dense lush forest with surprise openings of field and gardens. Eclectic homes tucked here and there, long driveways leading to privacy and a simple life. We were headed to find the post office and County dock. Not too far from the A-frame, no worries. Well, we soon found out that you could drive for hours and still not know which direction you were headed. We met two island girls walking down the dirt road, case of beer and a dog in hand. Looked like a “roll with it” way to spend a day on Waldron. I am grateful they did not take offense and “school” these two obvious trespassers too much. They pointed in the opposite direction the truck was pointing and said, “Head that way until you see the big road.” That is the County Road. Take a right and you will run right in to the Post Office. Duh! Of course, look for the big road. 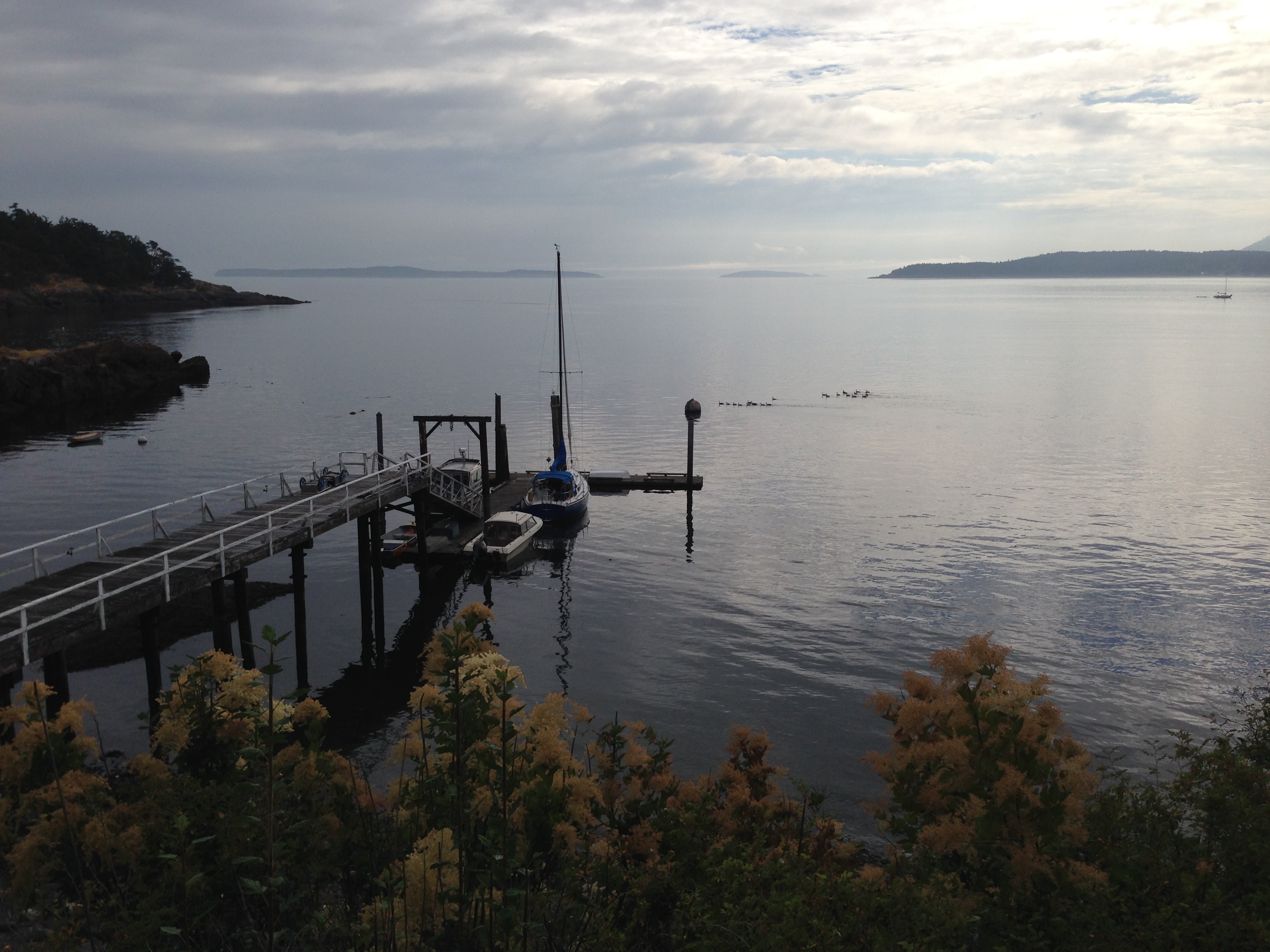 Sunday morning found us starting our SV Blue Pearl engine at 10:14 a.m., leaving uncle Bill’s dock. After tea, coffee and watermelon at the A-frame, we headed back to Orcas knowing we would need to return to explore more of Waldron Island.

I have been dreaming all winter long of sailing off into the sunset down south in Bahamian waters. Good friends, clear-warm water and a life style to relax in and warm my soul. However, to my surprise, I found myself feeling empty. I could not put my finger on it until I was on the ferry returning to Orcas and rounded the corner at Shaw Island; the Orcas ferry landing came into sight. I missed my island life!

I’ve always had a “welcome home” feeling when getting back on island from a short trip to the mainland, but this trip took me away for three weeks. Returning, I found myself deep in amazement of life right here on this island. Life gets too busy. I had not taken the time to slow down, look around and be thankful. I had been taking my island life for granted, and in fact, had some angst about life not fulfilling my every desire. It was always right in front of me………. If I had just slowed down to look around and see how my life was filled with treasure. I did not have to sail so far away to find what was in my own back yard. Growing my own fresh food, the land around me filled with nature and family memories, work and friendships that challenge and fulfill my soul. I am so glad to be back home and will never again go looking outside my own backyard searching for my heart’s smile. Enjoy today, Teri

We are not afraid to get down in the dirt. It’s where we find our roots.

I am a pirate at heart. I have saltwater in my blood.

Vacation right in my own backyard.

Music shared in this community.

The Orcas Hotel and Orcas Ferry Landing welcome you home.

My office in Eastsound tucked in the flower garden.

The kids in my heart. My heart is in my garden.

I can hear nature singing across the pond.