Springtime on Orcas Island means nettle time! Some people only consider nettles to be those pesky weeds that cause an irritating sting when brushed up against. My students at Orcas Island Elementary School know otherwise… they know that nettles are nutritious, tasty, and free! 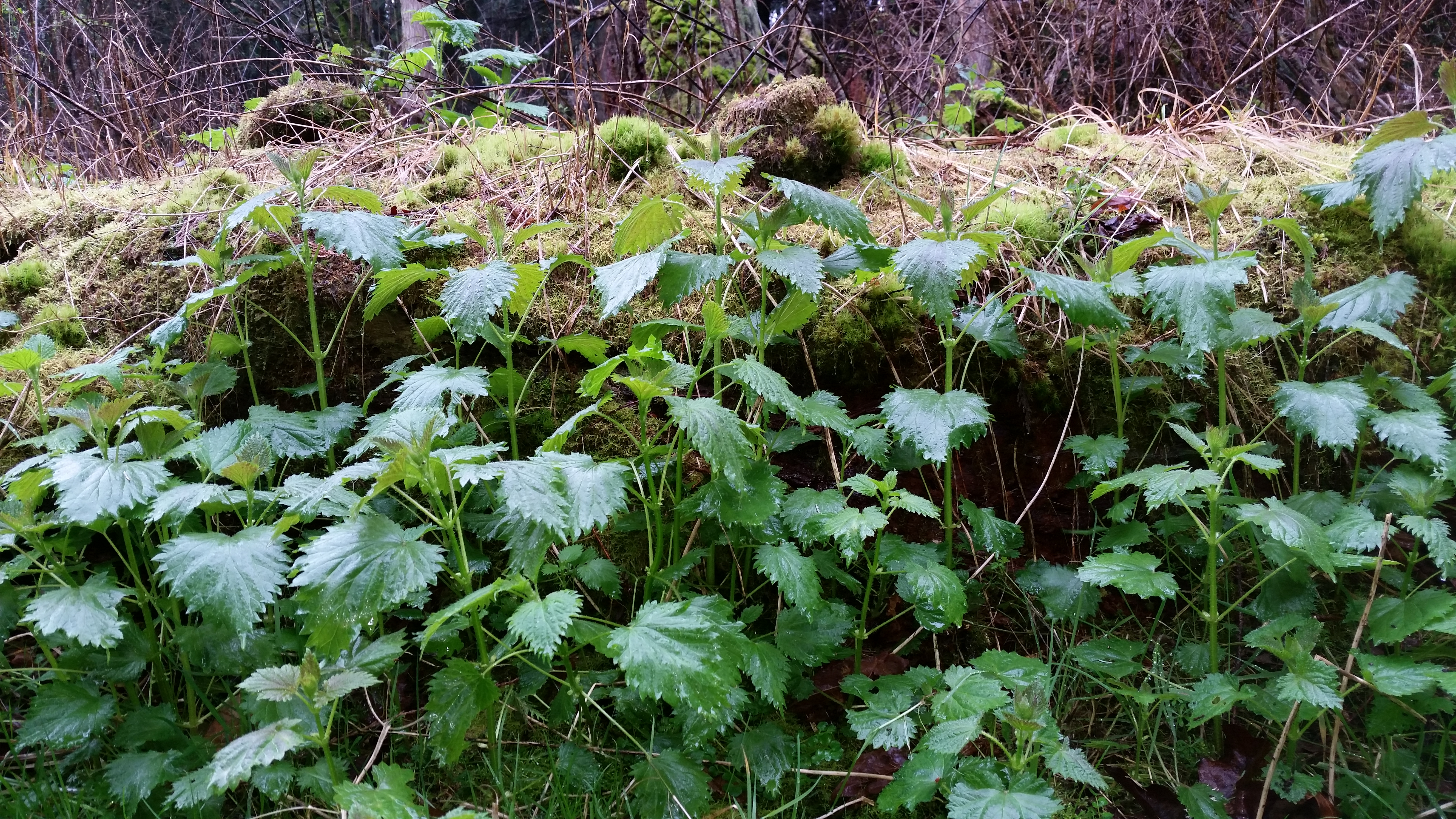 Nettles are low in calories, but pack in a whopping amount of iron, calcium, vitamin K, and fiber. It has long been believed that ingesting nettles can combat the symptoms of hay fever and seasonal allergies. Try drinking two cups of nettle tea a day just prior to and during your allergy season and see for yourself! You do need to be careful when gathering your nettles. Wear long sleeves and pants. Use gloves and clippers to harvest. You can take the sting away from your nettles by drying them in the sun or simply by rinsing and soaking the nettles in water. The most certain way to take away all sting is to boil briefly. 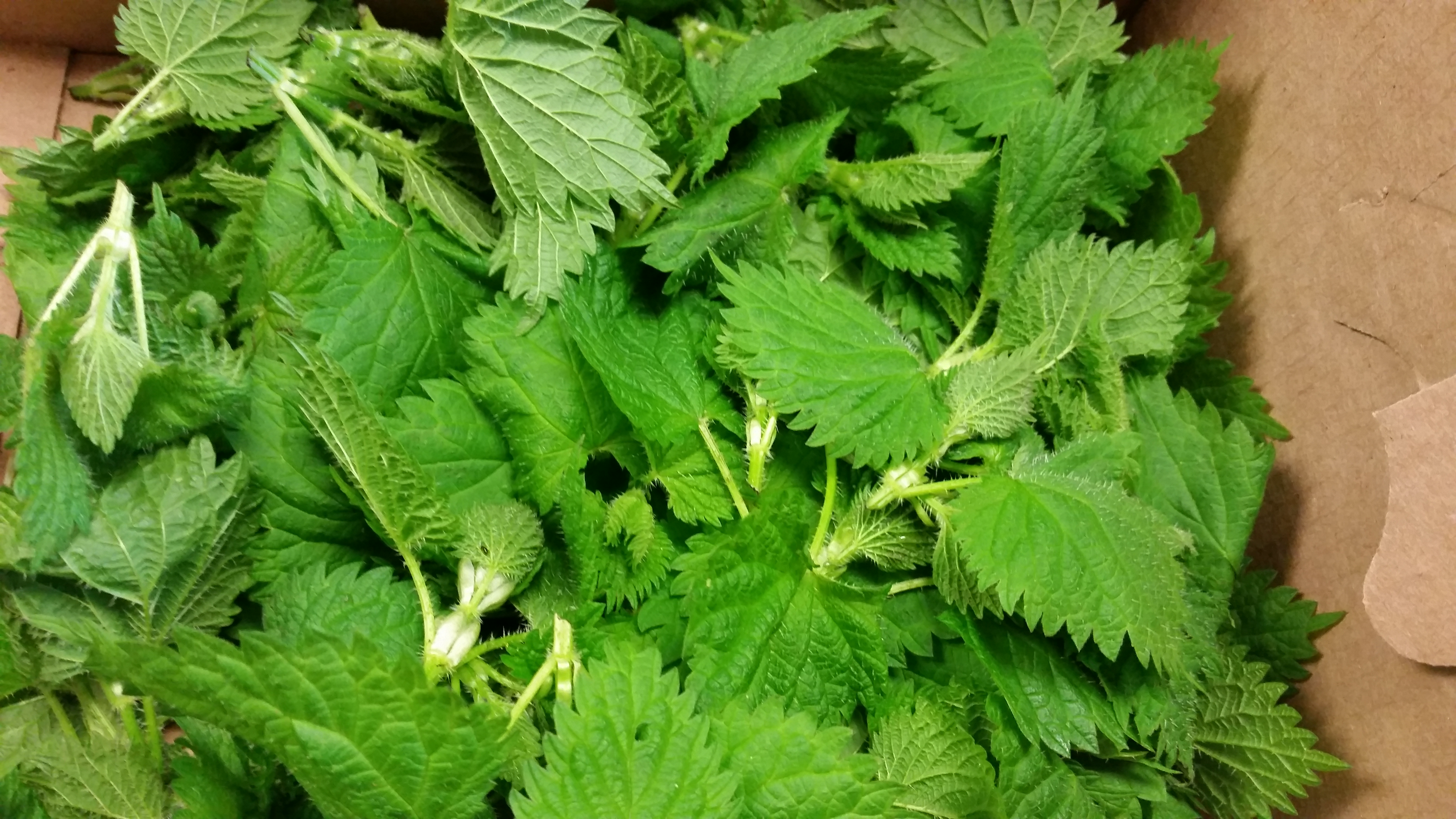 After harvesting your nettles and before eating them, you could take some time to investigate them with a magnifying glass! 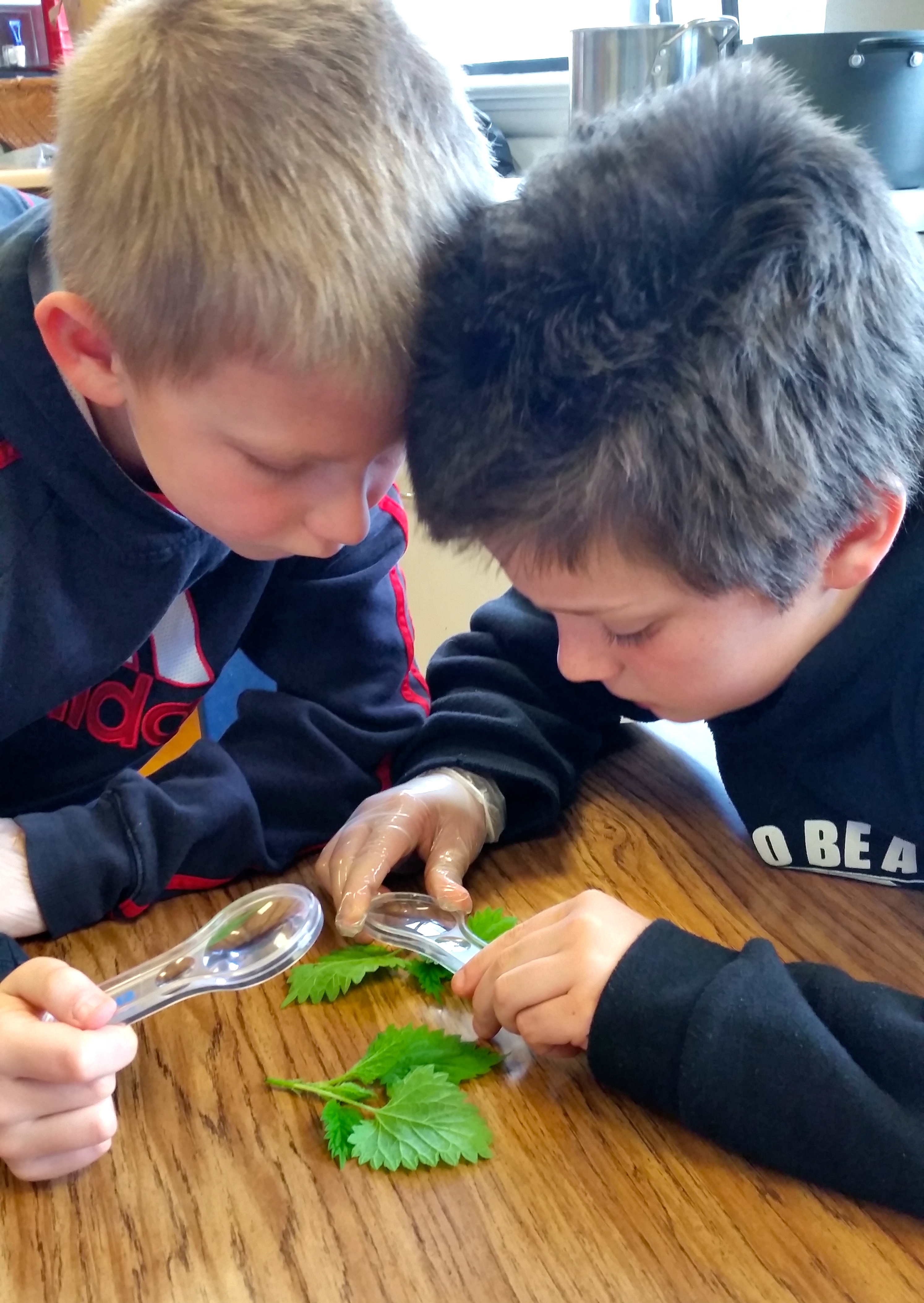 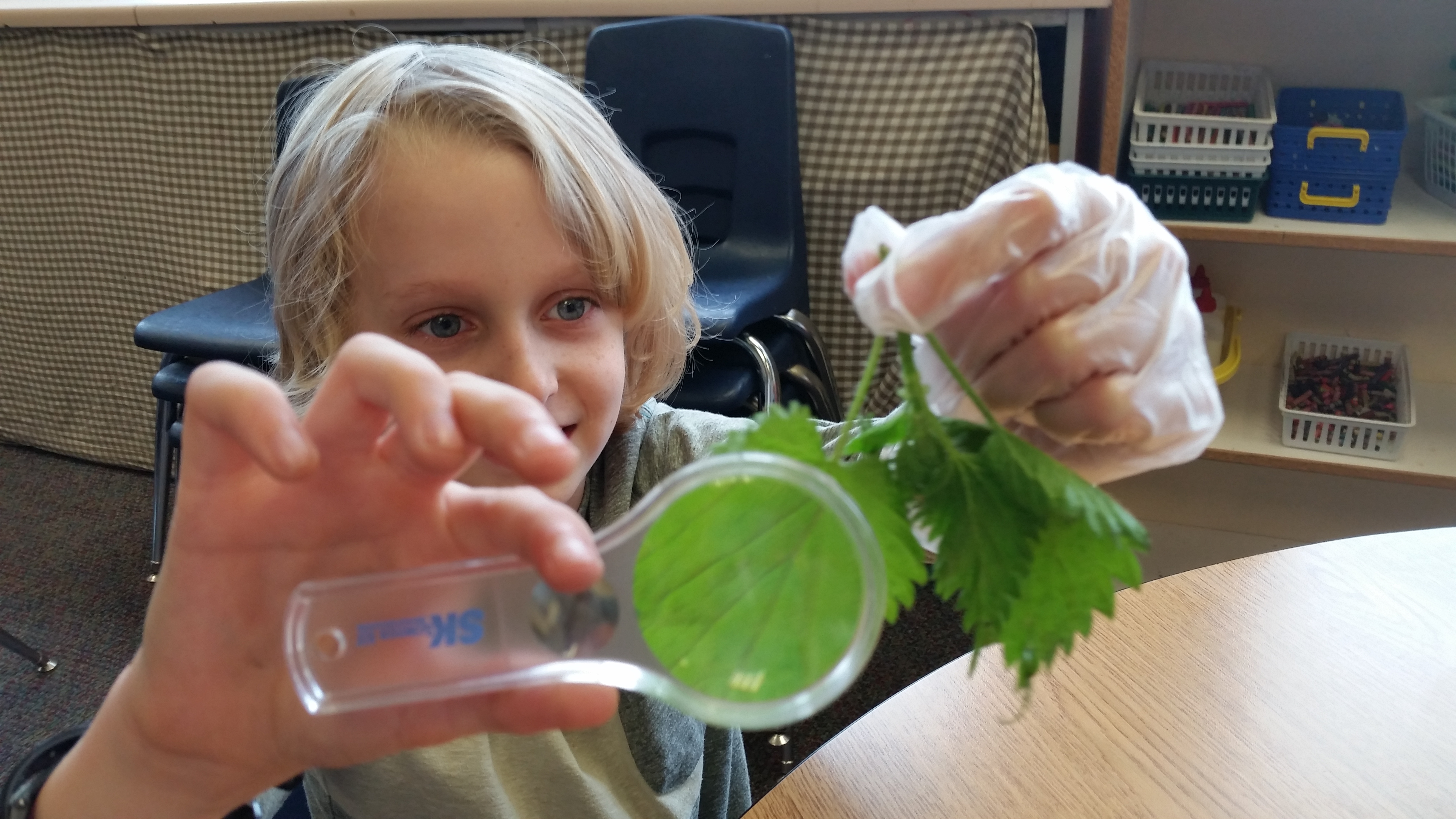 You can enjoy nettles in many ways, in soup, tea, sauces, and stir fry. We decided to make a nettle pasta dish in Farm to Classroom last week. Here is how we made our nettle pasta. 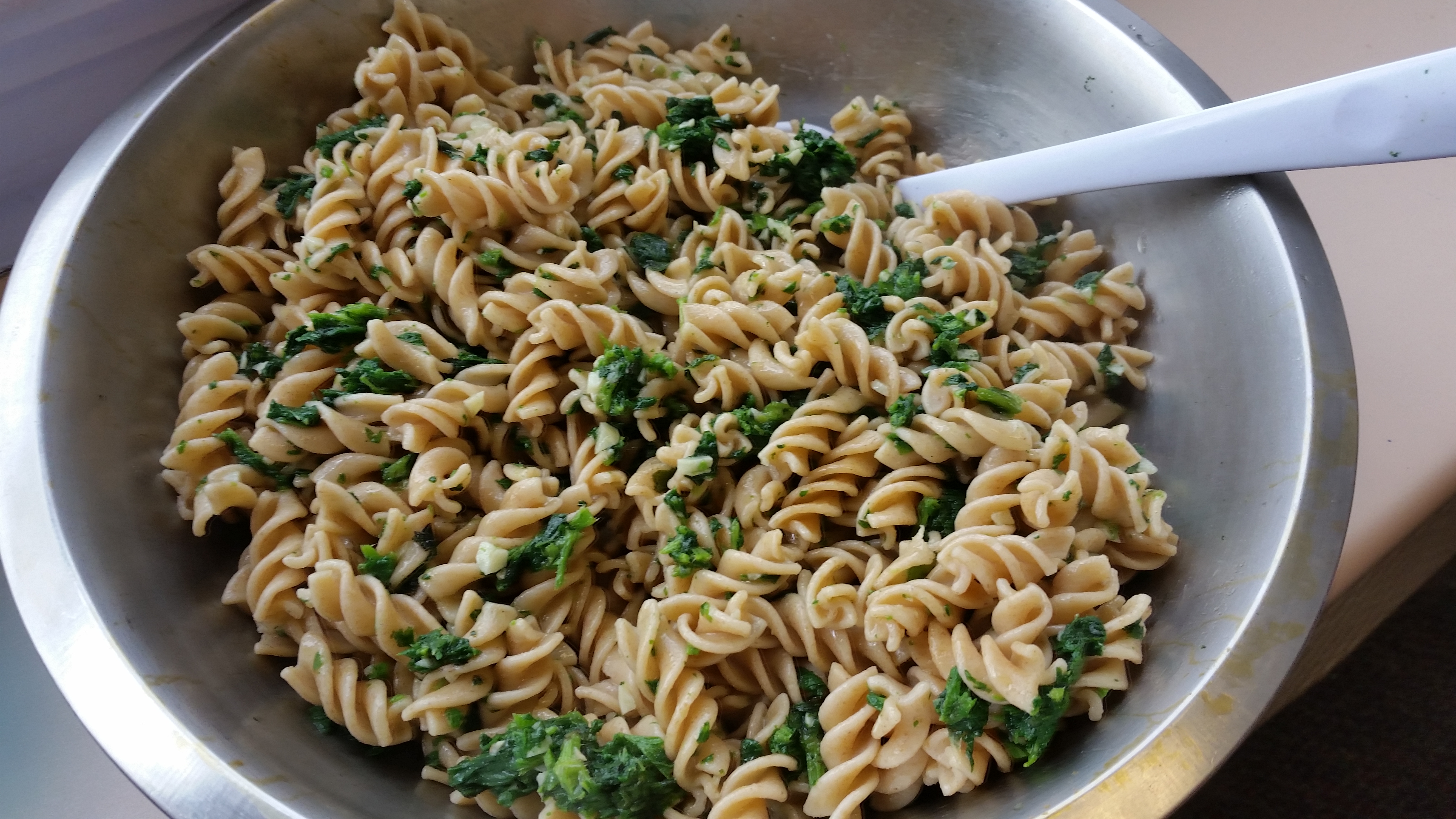 Start by mincing garlic and sautéing it in some olive oil. 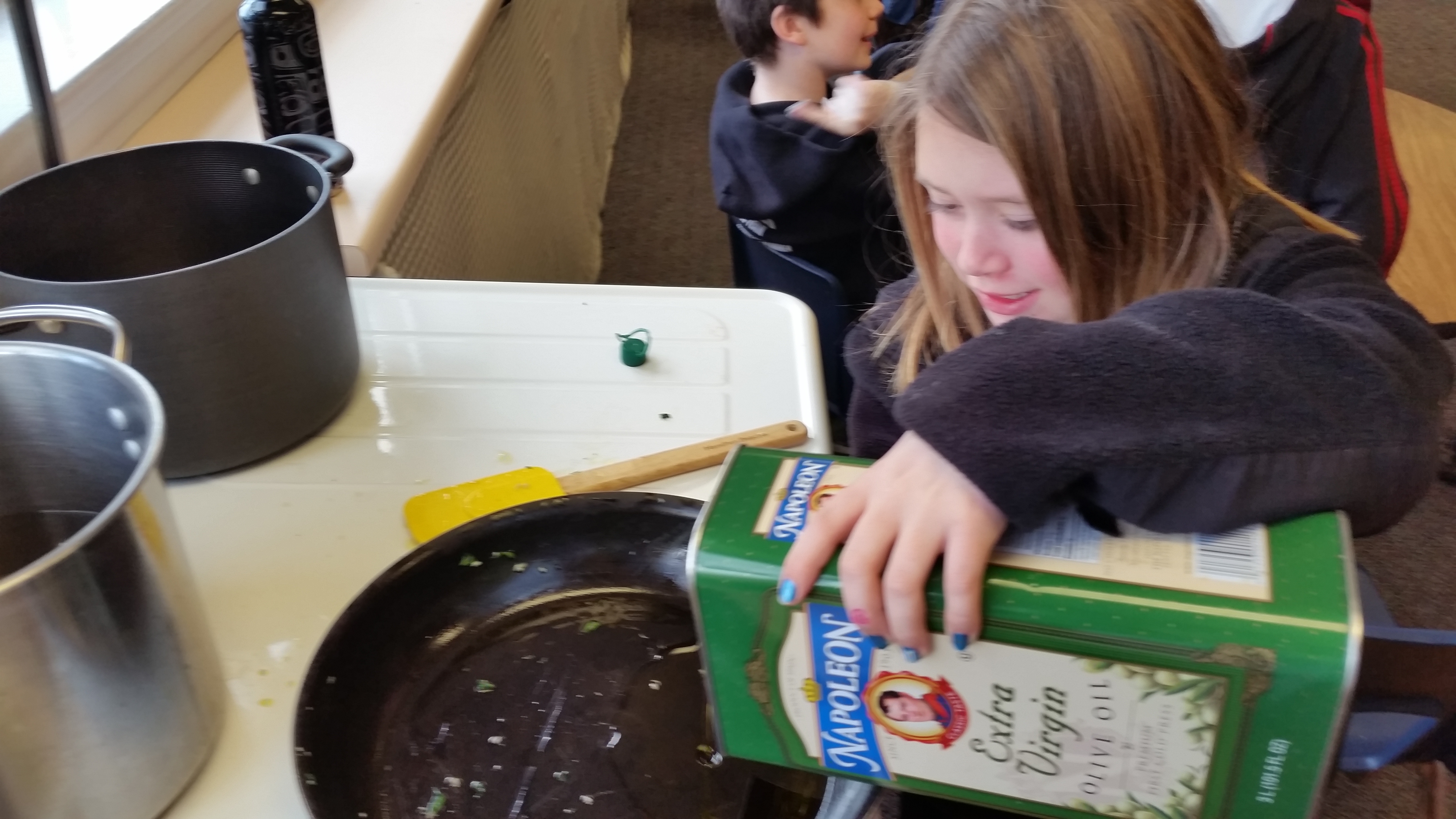 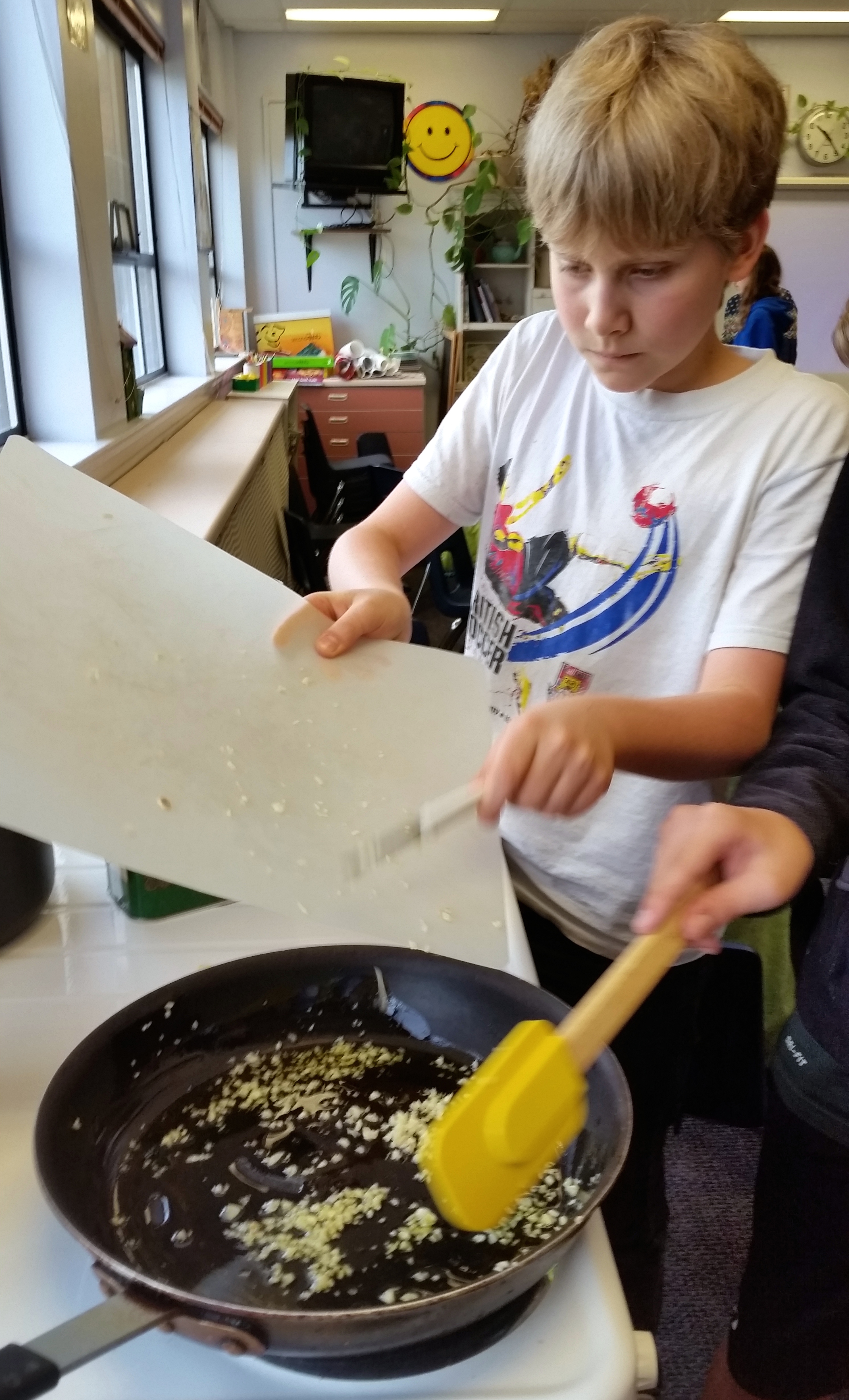 Bring a pot of water to boil and add nettles to boiling water for 3-5 minutes. Remove the nettles with a slotted spoon and chop them. Add your pasta to the same water you boiled the nettles in. 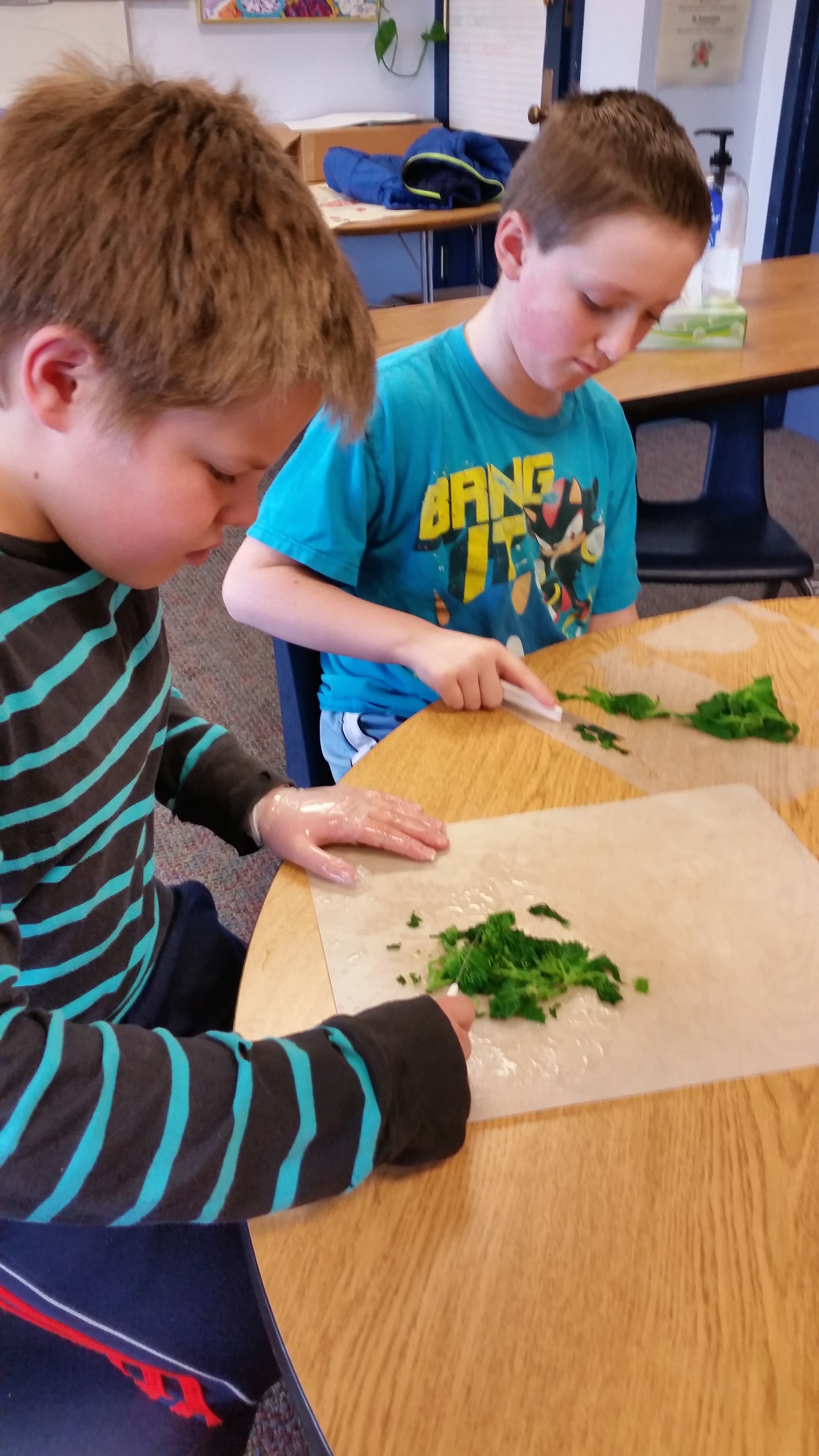 Add the chopped nettles to your garlic and sauté. Add a few pinches of sea salt if you’d like. 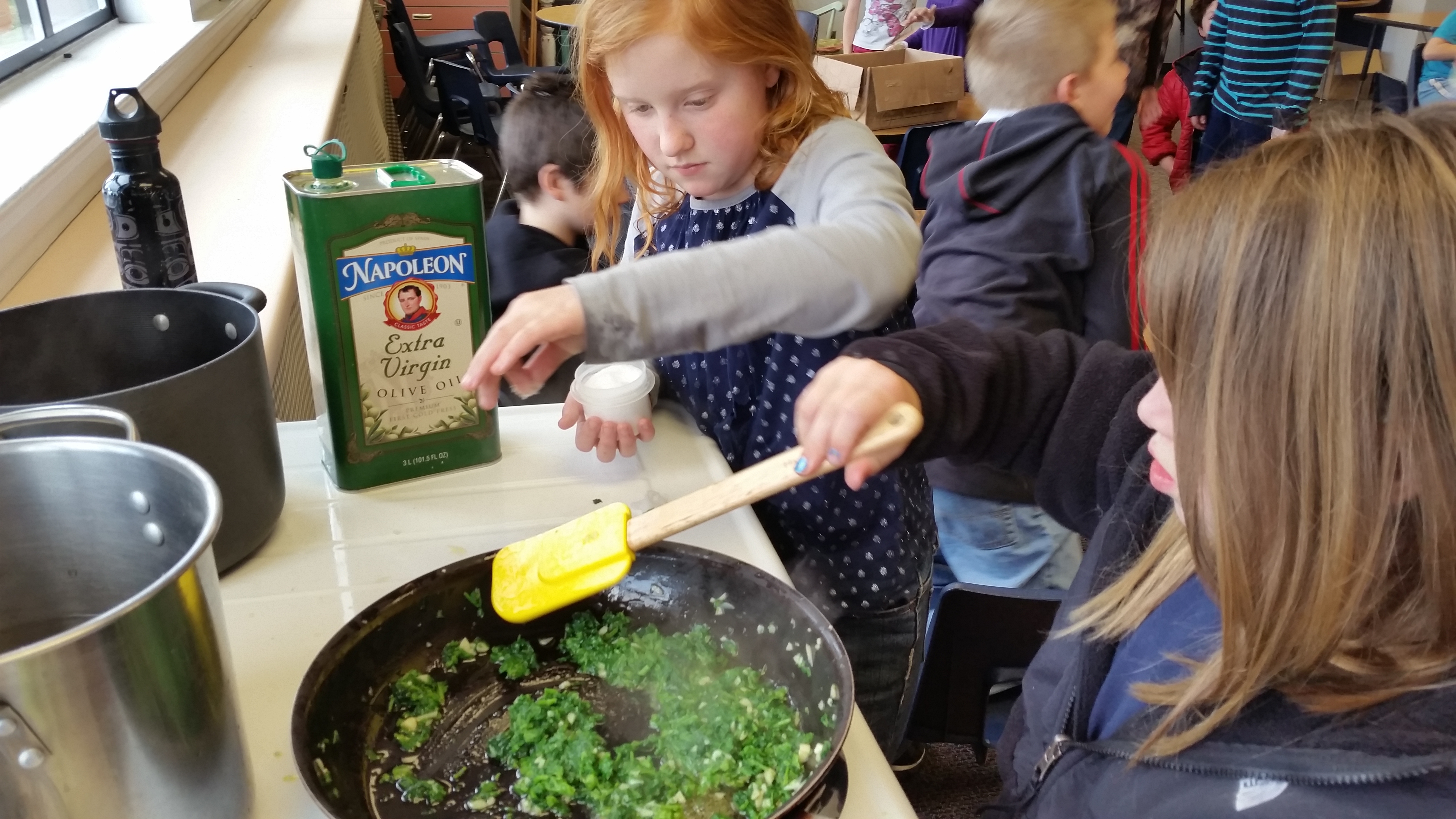 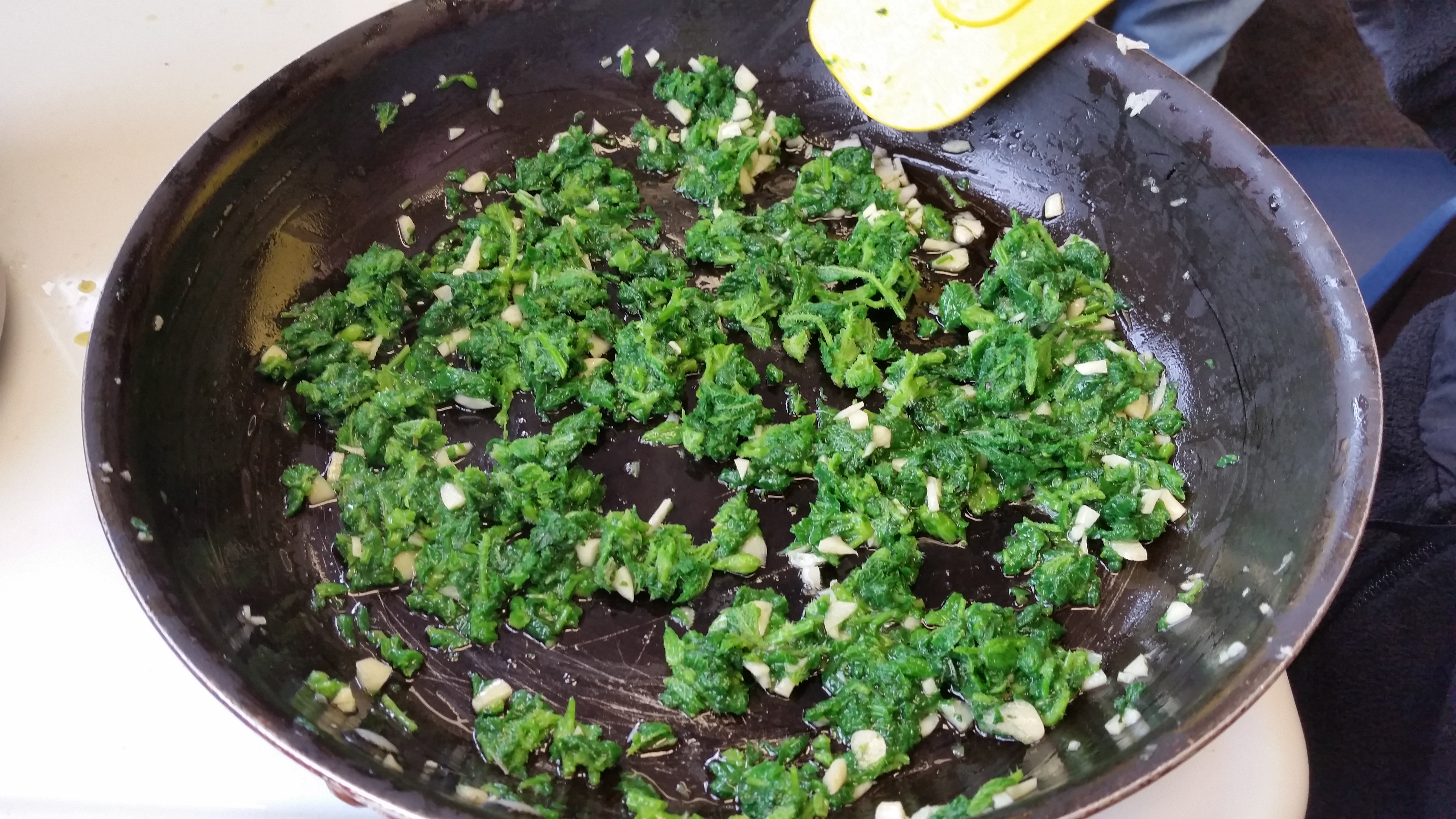 Add the cooked pasta and mix thoroughly until combined. 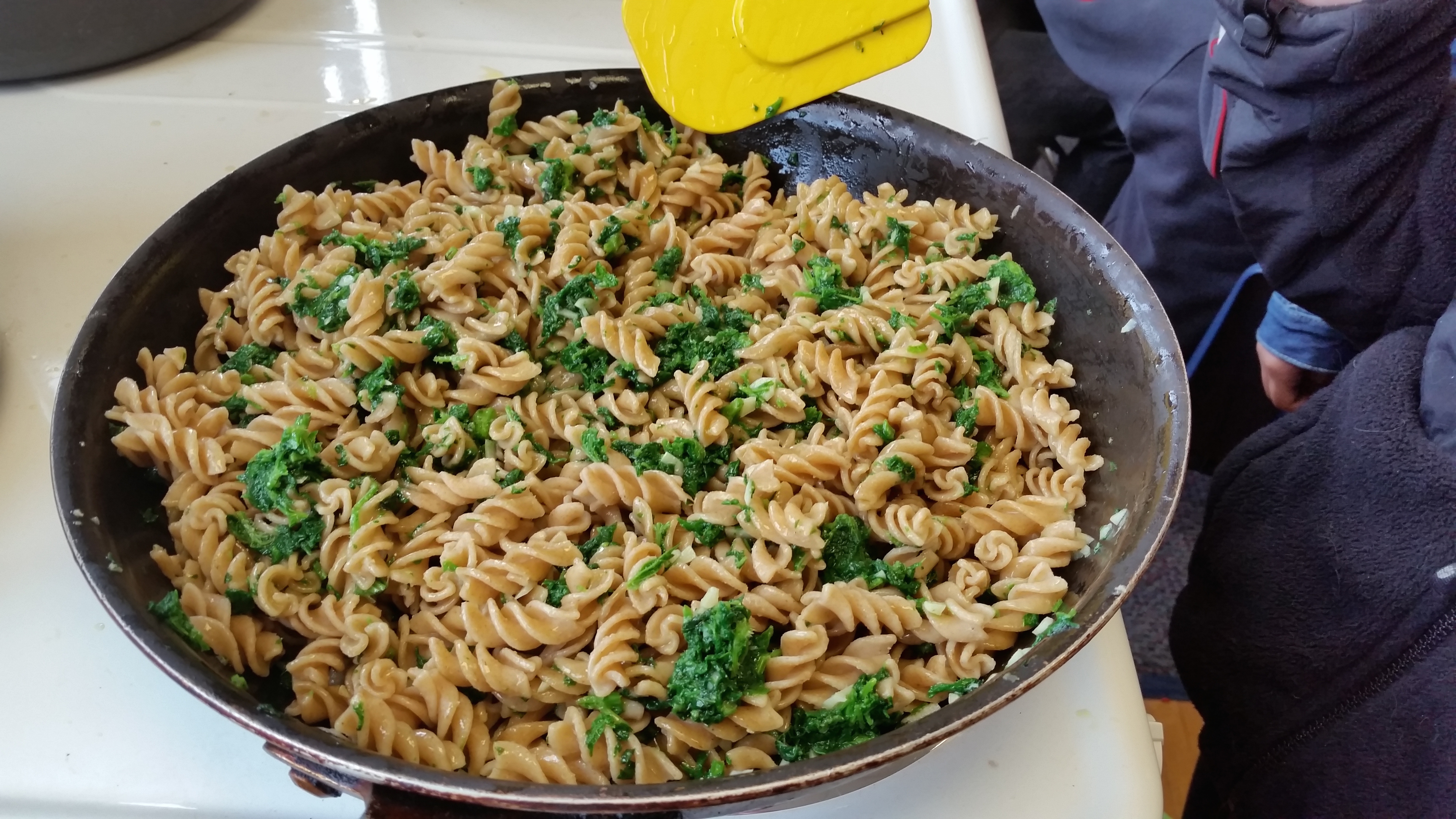 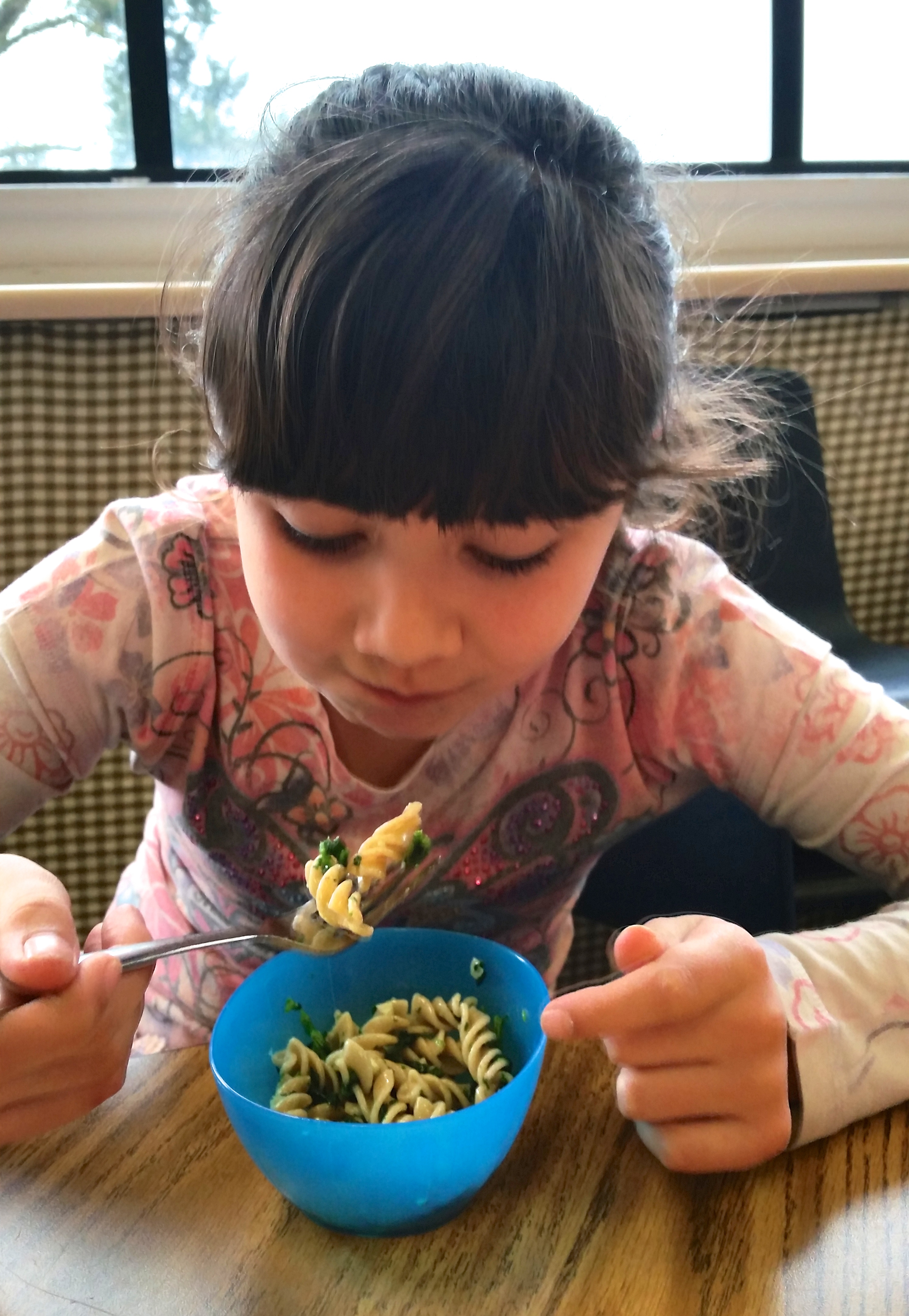 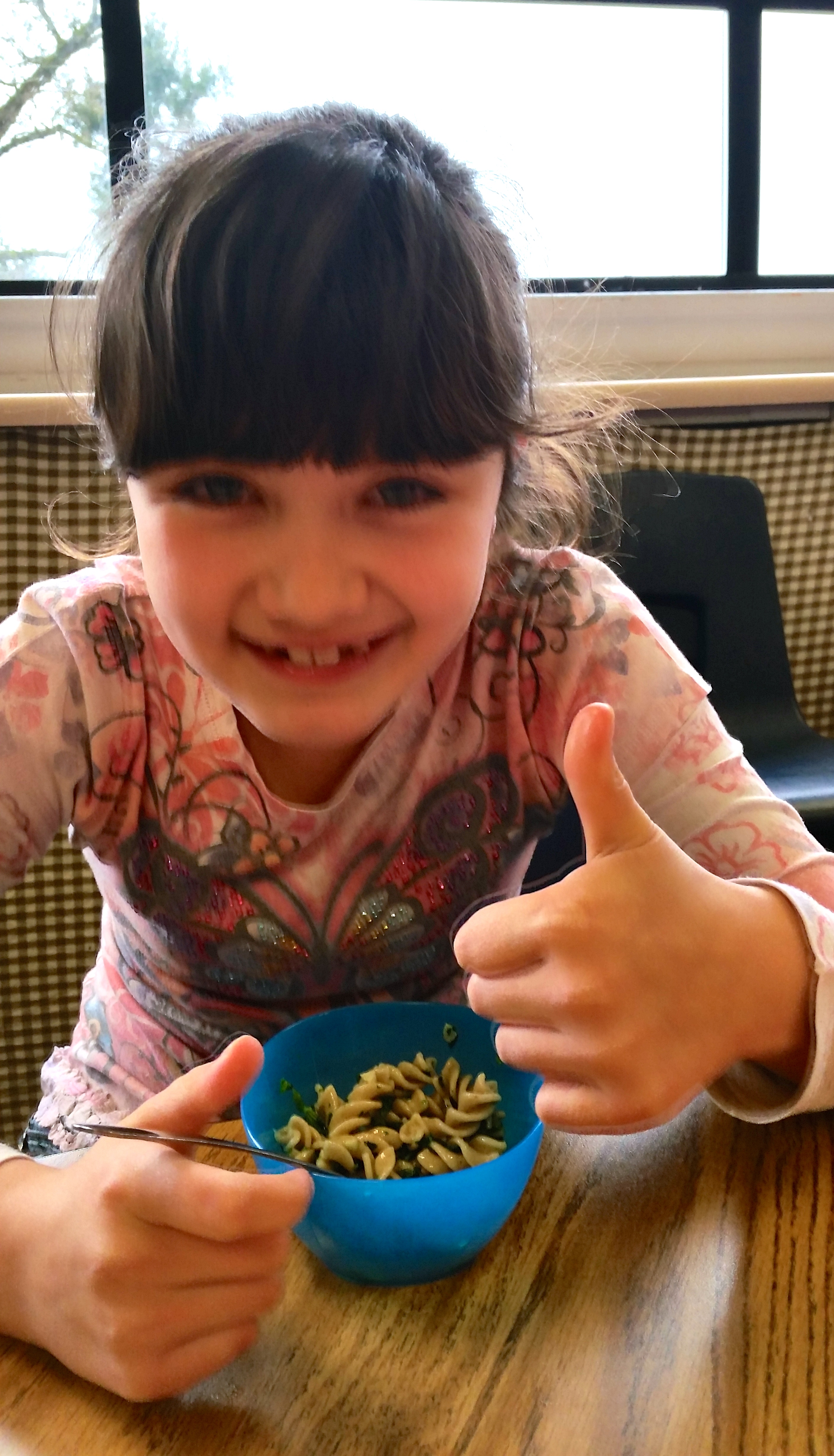 Here is an easy way to store your extra nettles for use later. Boil, chop, squeeze out excess water and form into a ball. Freeze the nettle balls on a baking sheet and transfer to a Ziploc bag once frozen. Then you can toss a nettle ball into soup, smoothies, sauces, scrambled eggs and omelets, you name it! 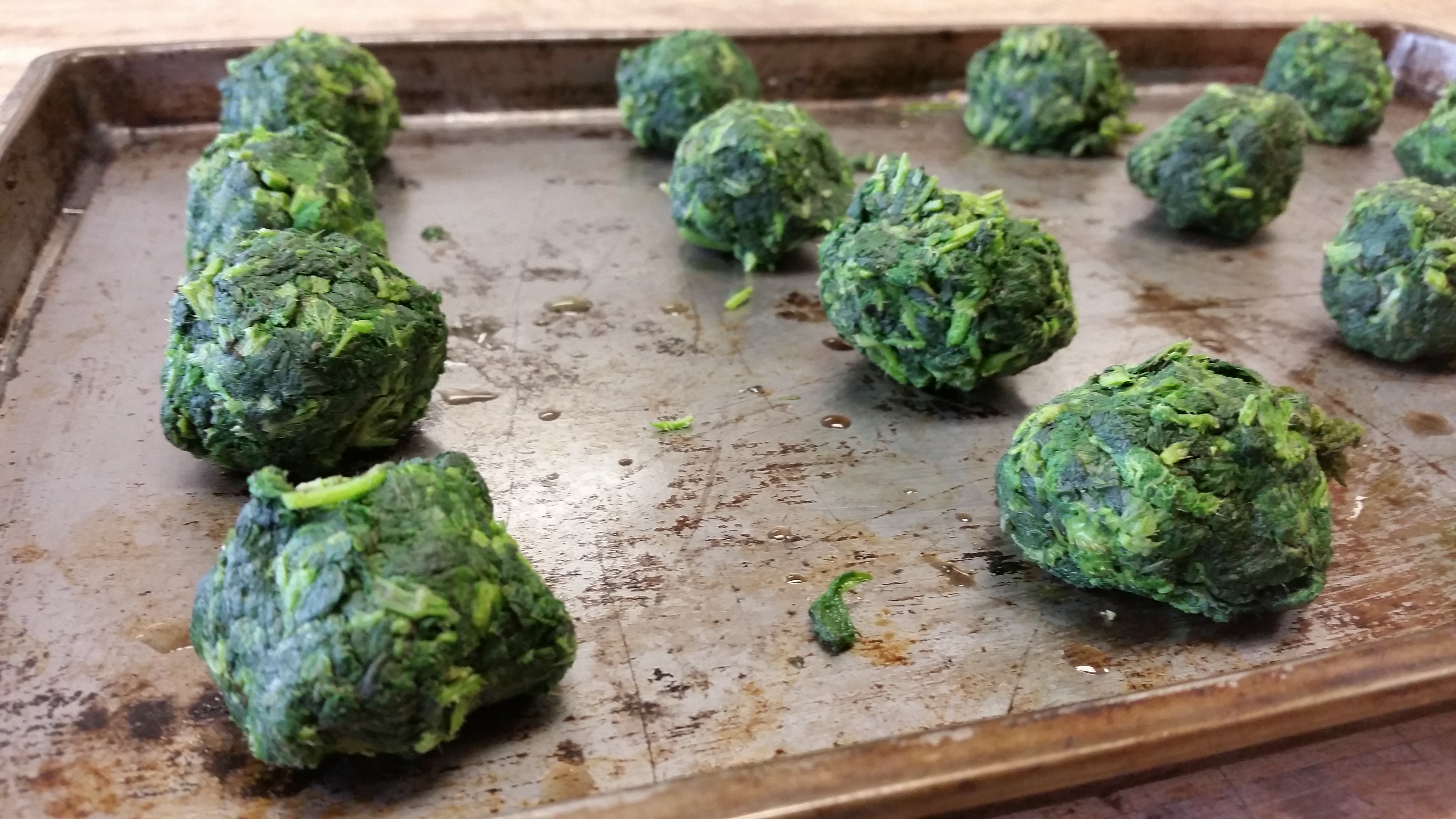 A batch of “nettle balls” before they went into the freezer.

Go ahead and try some stinging nettles. My students enjoyed them, and you may too! 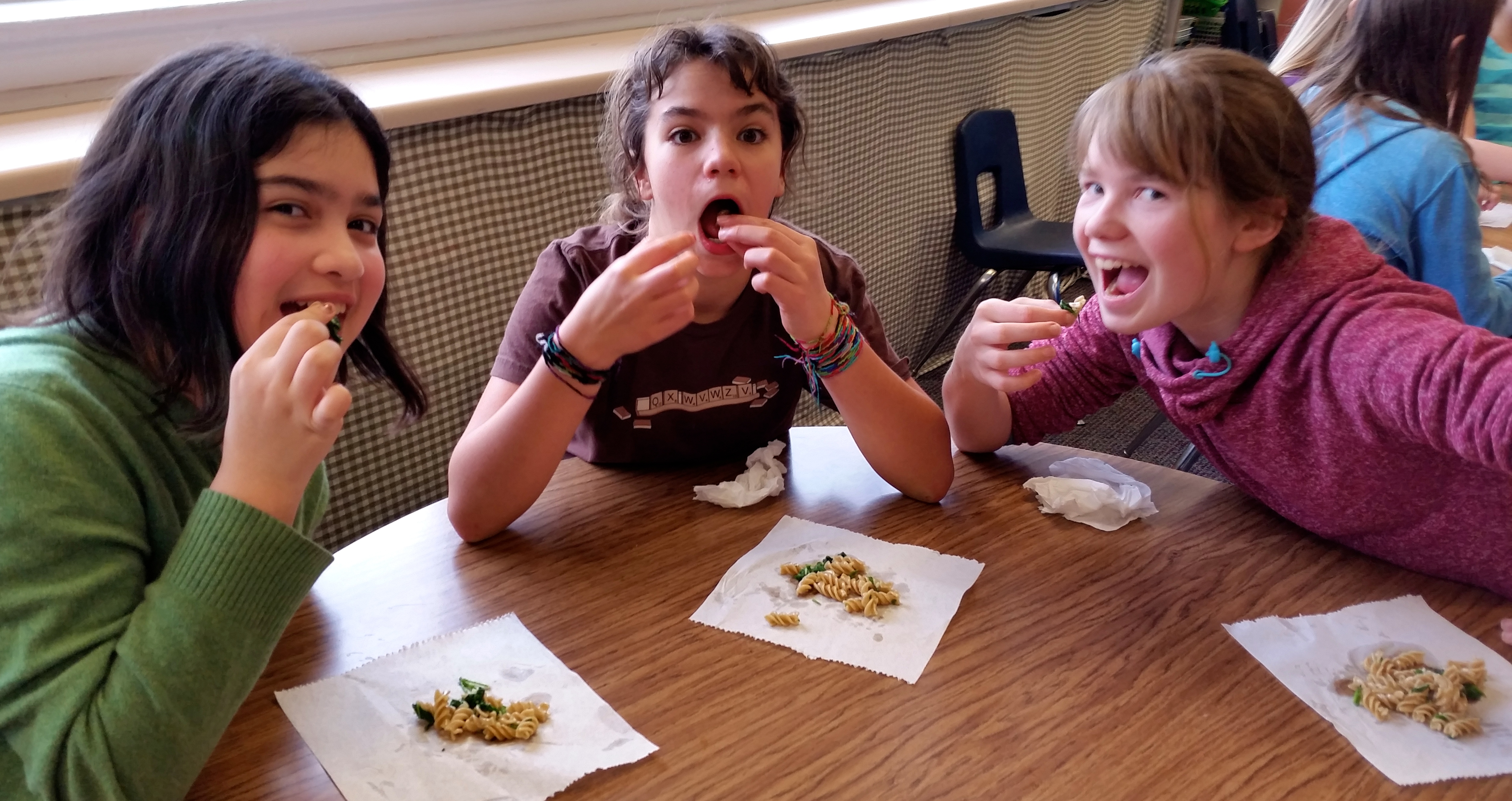 Sometimes I stray too far from the barn, but a day at Coffelt Farm Stand brings me right back to what really is important, family, farming and friendships. 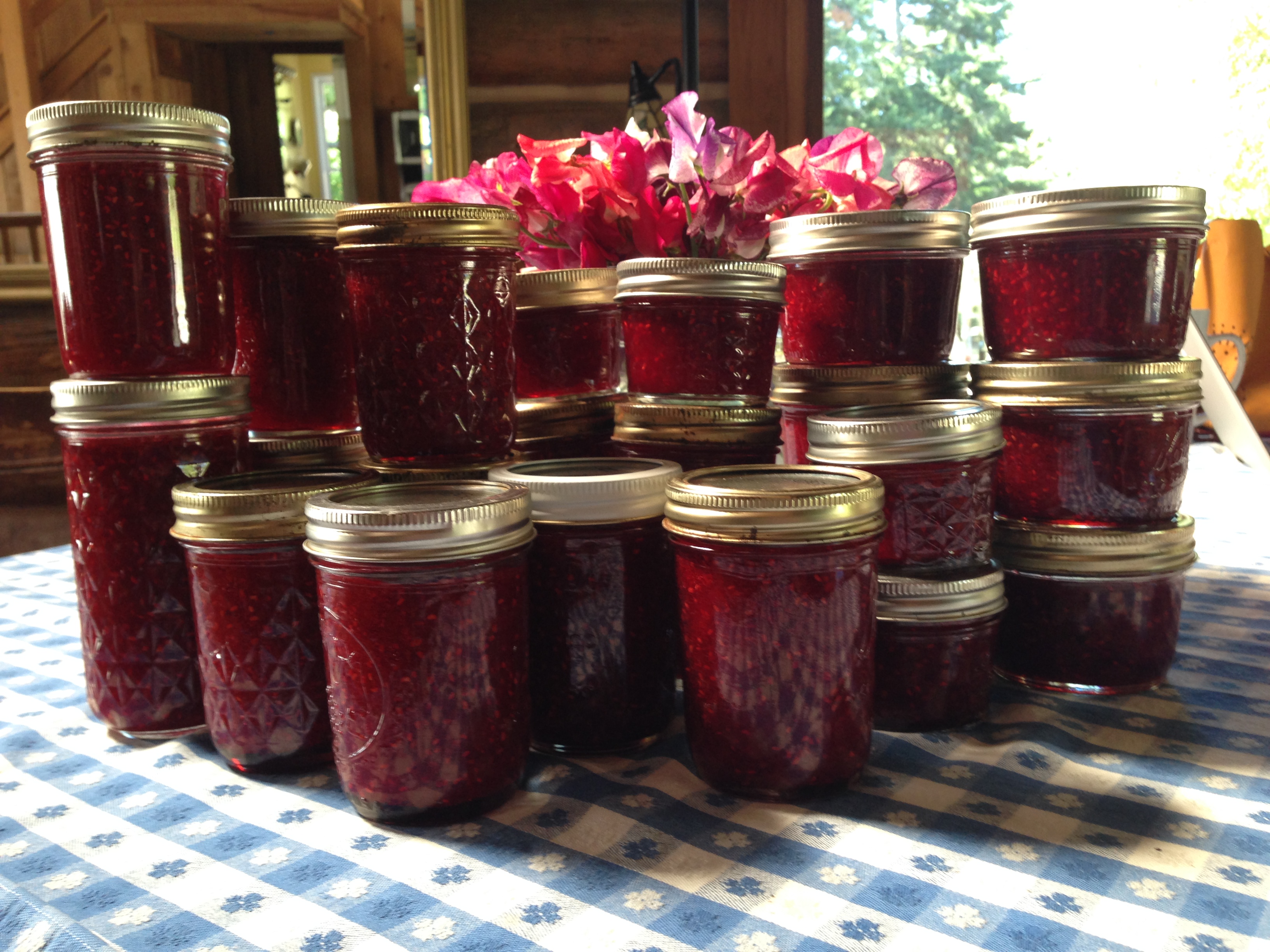 Local berries make a sweet colorful gift and reminds me of kitchen time with grandma.

My grandparents had a dairy farm complete with chickens, horses and bottle fed calves. Grandma’s garden filled canning jars and the cellar was filled with pears, apples and plums from the orchard. These are fond memories deep in my soul. I spent many summers picking berries with grandma, never wanting to eat any so my bucket would be as full as hers. Jams and pies were  yummy results. I still remember when grandma left the pie making to me for a family gathering. Her shared crust secrets and faith in me still show in my pies today. 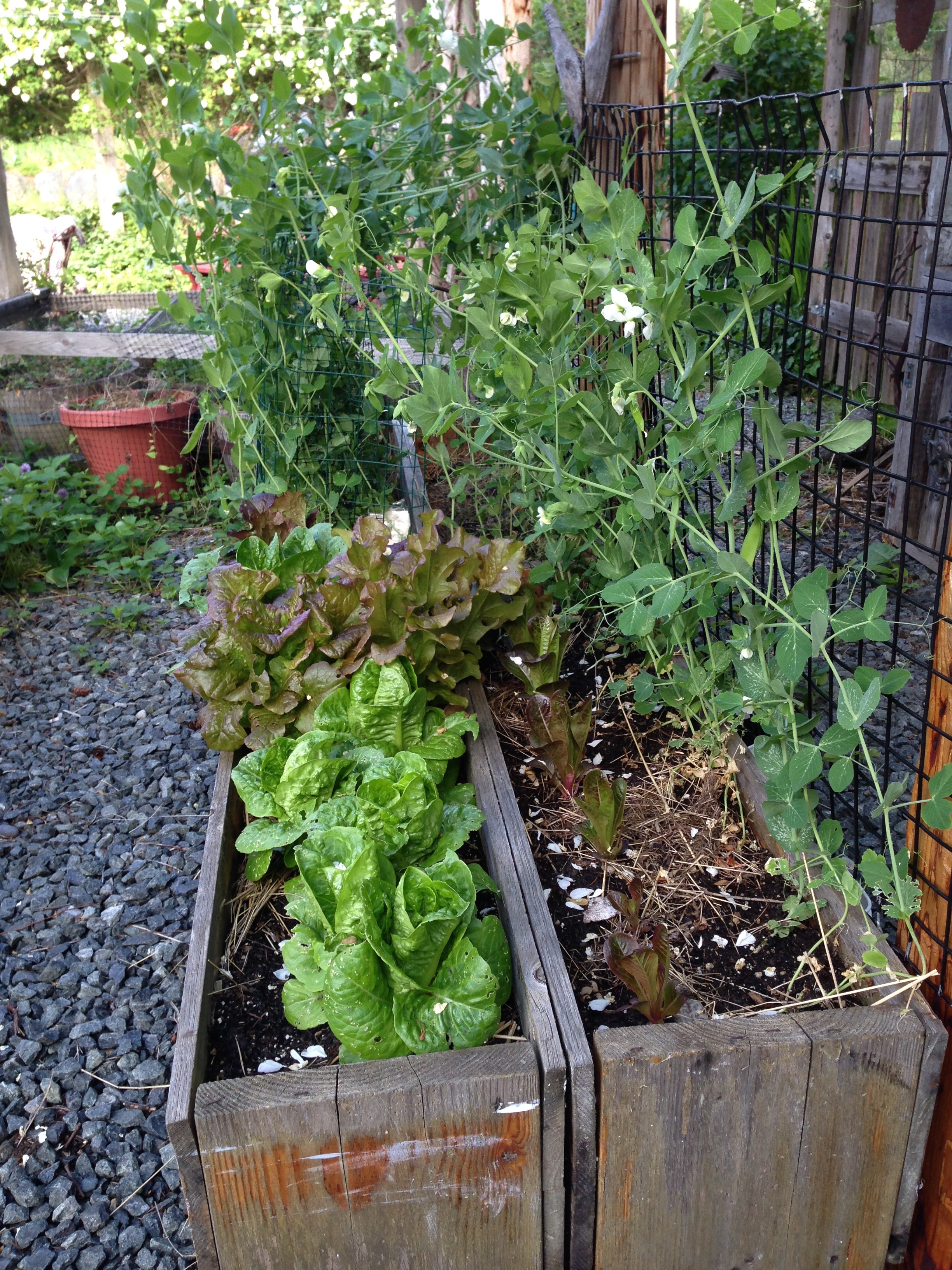 Grandma T’s garden shares ready to eat sweet peas and the promise of greens for a meal.

Wanting to get out of the city, I moved to Orcas Island 27 years ago with 3 sons and a desire to find my roots again. The boys are grown and raising their own families now.  It is my garden and orchard they will remember in their hearts and souls, as well as the many trips to local Orcas Island farms.

In my garden, each year I look forward to planting new things, talking to other farmers about their favorite seeds and sharing tricks to invite worms to feed the soil.  I have starts from Sid Coffelt, plum trees from my great grandma’s orchard, tomatoes from John Cadden, garlic from Mary Ann Sircely, raspberry bushes from my mom, Arlene Carlson and blueberry shrubs from Faith Deeds garden. There is much heart and soul in my garden and I dance with joy thinking about the harvest with my grand kids!!! 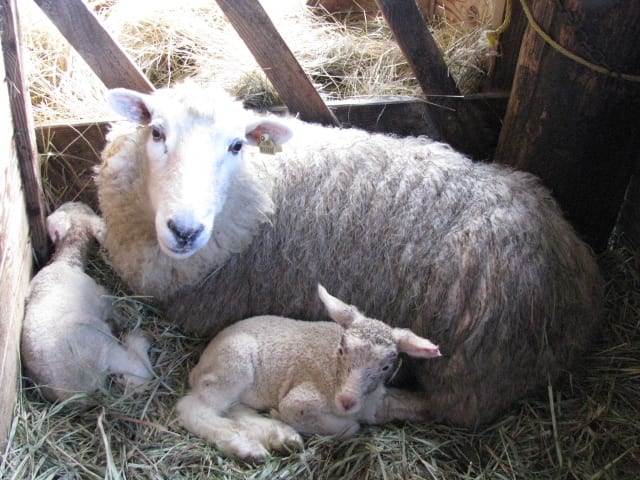 The Coffelt Farm, located in Crow Valley, Orcas Island, gives tours to school children in the spring time when new born run the barn yard. This spring the farm welcomed several new piglets, lambs and a couple of calves. 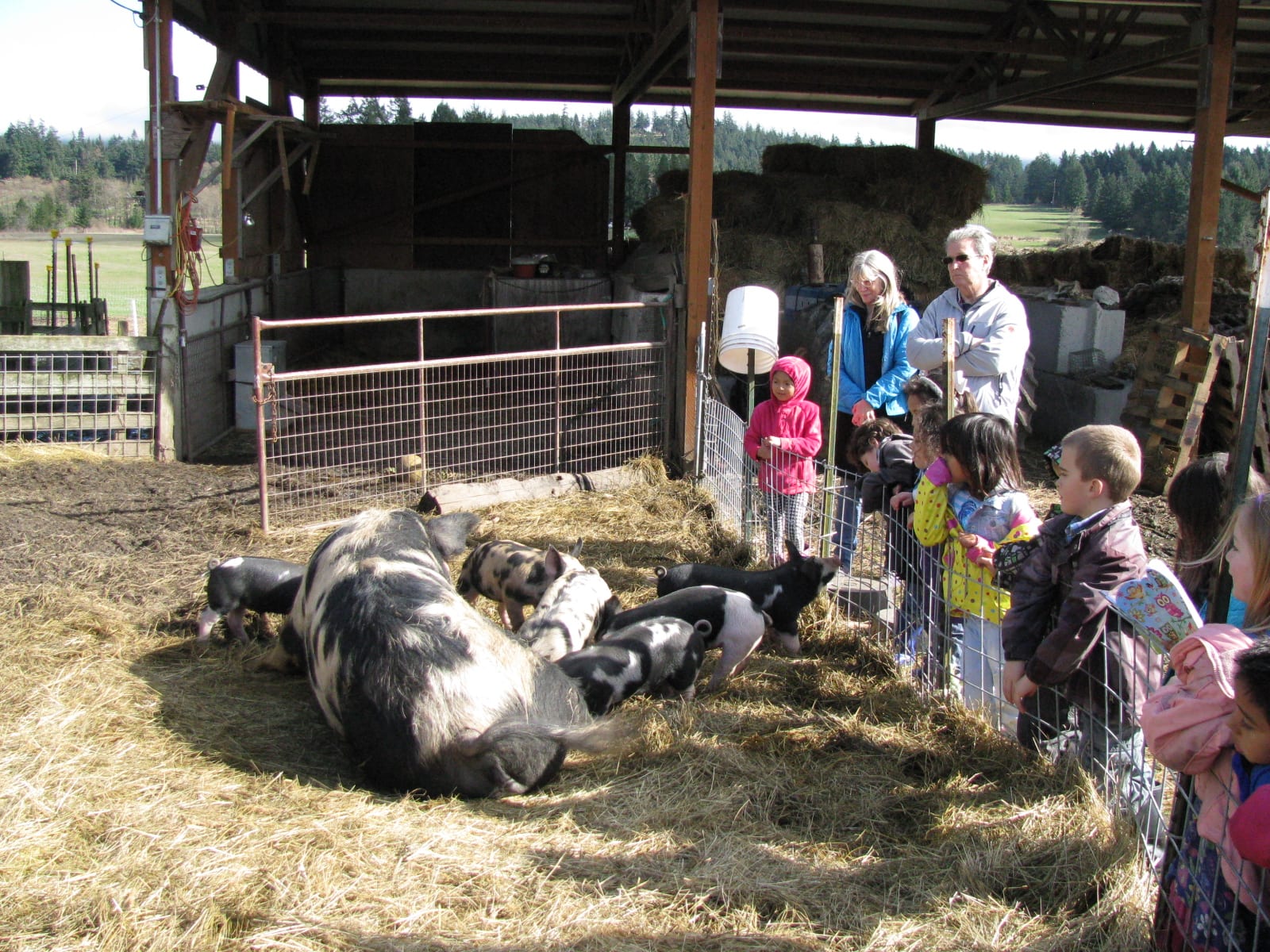 Orcas Island School children enjoy a day on the farm learning about all the animals and what it means to be a farmer.

This farm girl says get busy, visit a farm, offer some volunteer time in a garden, share an afternoon canning the harvest, spend time with your grandma, bring a friend and create a memory to nourish the soul.

Orca babies, that is! This winter we’ve had three calves born to our resident pods of killer whales. Two of the calves were born to J-Pod, the group that spends the most time around the San Juan Islands. The third baby belongs to L-Pod, the largest of our three pods of Southern Resident Killer Whales (SRKW).

Every new addition to our local pods is awesome news, because this population has been in trouble. The Southern Residents were listed under the Endangered Species Act back in 2005, but the population has continued to decline and there haven’t been any surviving calves born since 2012. So these three blushing babies (whale calves are born with a pink hue on their white parts) are most welcome. 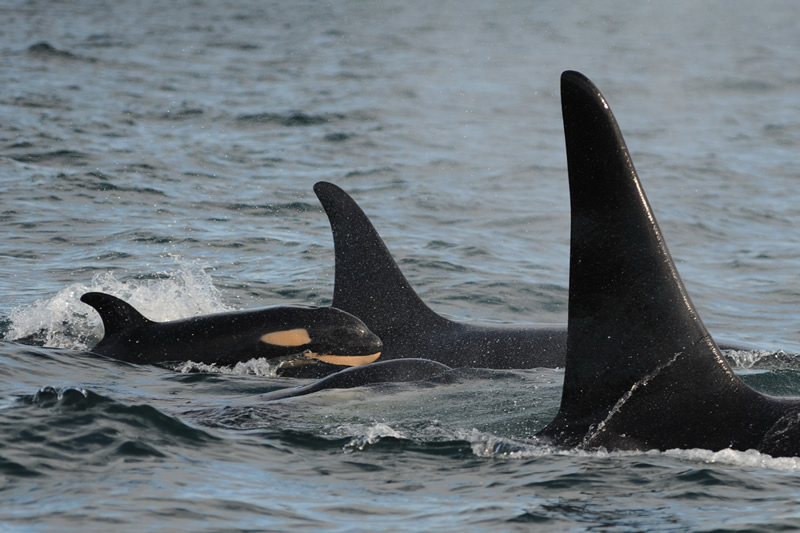 The first calf to show up, J50, was just the Christmas present all our local orca fans were wishing for. This little one was born right around December 25th in the protected waters of East Sound. (You might remember Teri’s post reporting a sighting of the new calf during her Christmas cruise.) Making the present even better for JPod is that J50 (it’s a tough ocean out there, so baby orcas aren’t given their human nicknames until they survive a full winter) is a little girl, and this population needs all the future mommies it can get. J50’s mom is Slick (J16), who is over 40 years old!

There’s definite girl power in orca pods, as our residents live in matriarchal societies. Each pod is made up of smaller matrilineal lines led by a mother, grandmother or, as is the case with Jpod, by a great-grandmother. In J-pod, that’s J2, Granny, the best-known wild whale in the world, who researchers believe is around 104 years old! 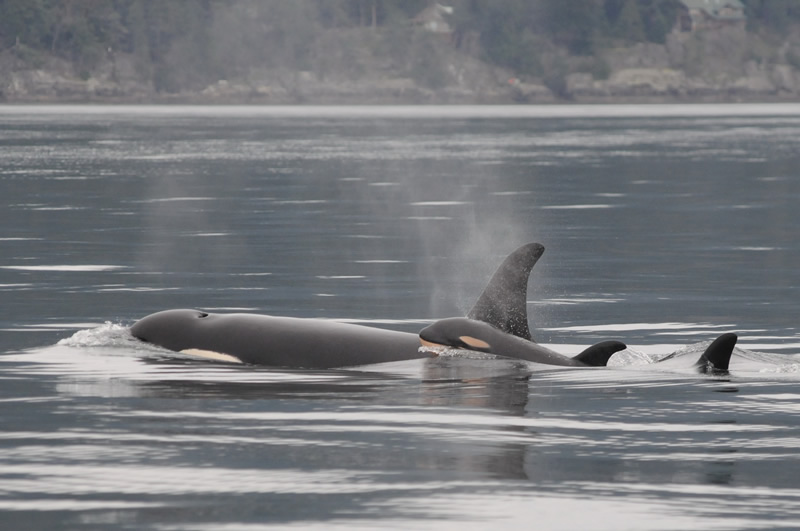 The next baby in this recent boom is J51, born early February somewhere in the Straight of Juan de Fuca to 36-year-old Shachi, aka J19. As of this writing, J51 hasn’t rolled over yet to give researchers a look at its belly to be able to tell if it’s a boy or girl.

And just this week, on February 23, a new L-pod calf, L121, was seen off the Oregon coast happily swimming alongside its mom, 20-year-old Calypso (L94). 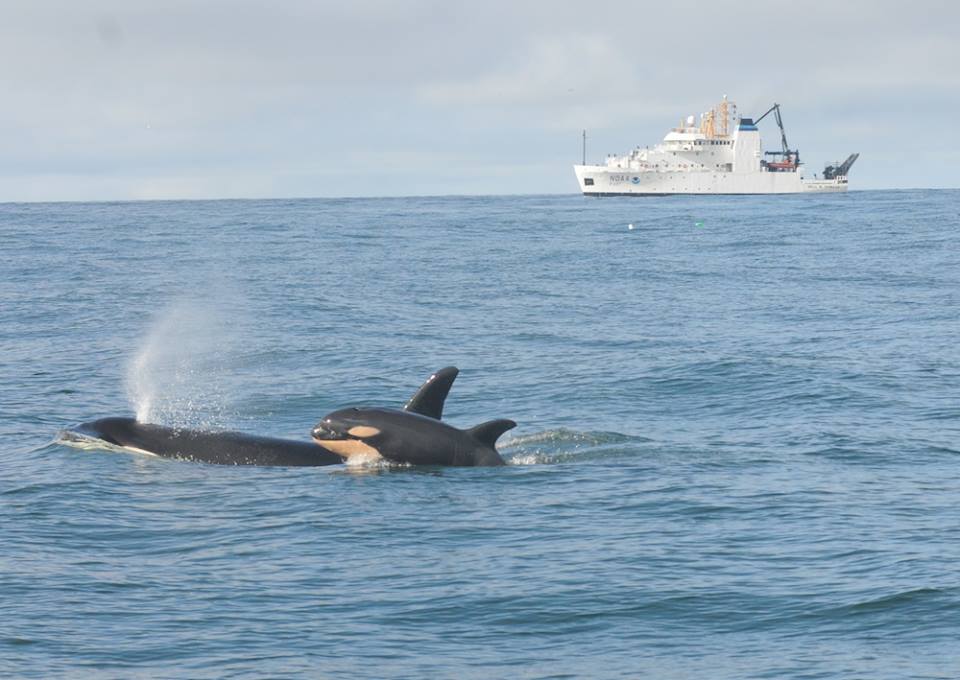 L121 spotted by NOAA Fisheries this week off of the Columbia River. NOAA’s research ship is in the background.

Three babies within just a few months is a huge deal here. The whales only give birth about once every five years, and out of our current population of 80 (a near record low), there are only a few reproductive-age males, and several of our reproductive-age females had not been having calves. Late in 2014, disaster struck the Southern Residents when Rhapsody, J32, a 20-year-old female just coming into her prime breeding years, died from a problem pregnancy.

In addition to the new calves for the Southern Residents, there has also been a baby spotted with one of the Transient pods of orcas that frequents our local waters. Though it’s tough for casual observers to tell the Residents and Transients apart—they’re all huge black-and-white members of the dolphin family—there are actually marked differences between the two types of orcas. 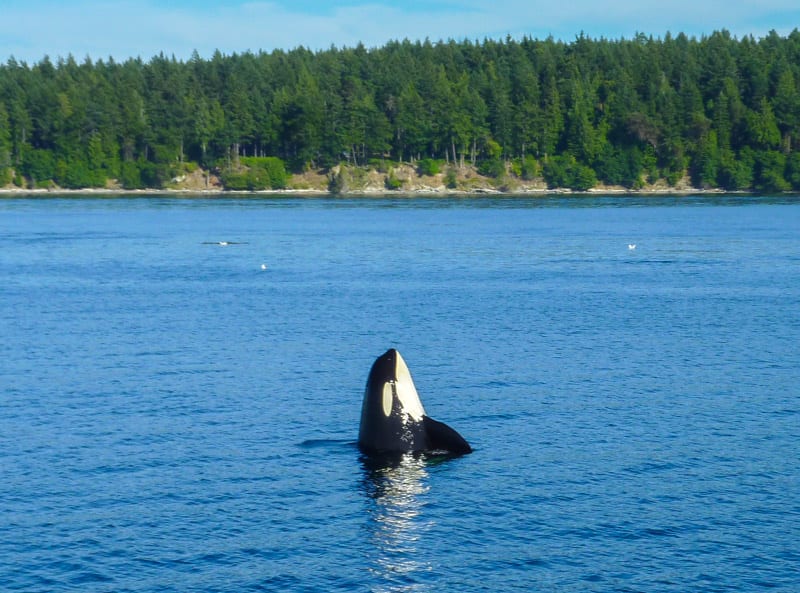 My husband took this lucky “spy hop” shot from our boat last year when we were drifting off Henry Island and the orcas swam up to check us out.

Resident orcas live in much larger groups than Transients—if you’re out on the water and see more than four or five orcas together, you’re almost certainly seeing Residents, who sometimes even form Superpods when J, K and L all get together to socialize. A small group of whales seen around the San Juans could also just be one family of Residents swimming together away from the rest of the pod, but if you see them acting very stealthy then it’s more likely you’re seeing Transients.

The reason the two types of killer whales act and group differently is because they’ve evolved remarkably different cultures. Transients travel in small, stealthy groups because they’re always trying to sneak up on marine mammals like seals. Usually the only time you’ll ever see Transients leaping out of the water and doing celebratory fin slaps and tail lobs is after they’ve had a successful hunt. Fortunately for them, if there’s one animal we have plenty of in the Salish Sea it’s harbor seals, so the Transients have pretty easy hunting. 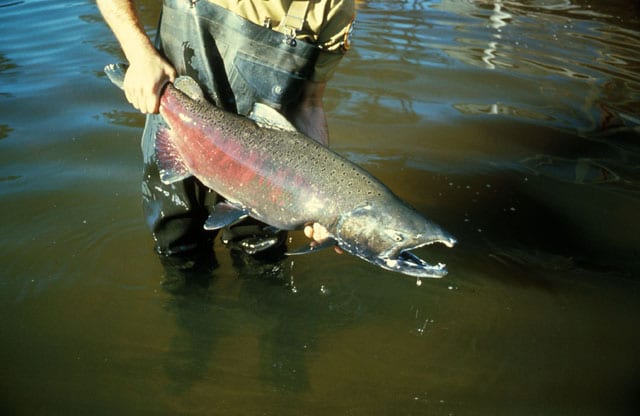 Our Residents are not so lucky. They’ve evolved to eat fish, and in particular, to specialize in hunting big, fat Chinook salmon. The salmon aren’t as smart as seals, so the Residents are able to talk to each other a lot more (each pod even has its own dialect of orca language). They can also splash around more at the surface because they don’t have to worry about the fish jumping out of the water and climbing up on rocks like seals can. So salmon are easier to hunt, but that’s just the good news. The bad news is that Chinook populations have their own troubles—so much so that they’re also listed as endangered. Each one of our Resident orcas needs to catch between 100-300 pounds of sushi a day just to stay healthy, and every year there are less fish around.

Challenges in finding food is likely the main reason our Southern Resident Killer Whale population hasn’t bounced back. Scientists believe there used to be around 200 Resident orcas frequenting the Salish Sea, but that was before a bunch of them were kidnapped for aquariums. And before that, they were even hunted and considered nuisances known as Devil Fish.

So for our iconic and well-loved group of Resident orcas to suddenly jump in number from 77 to 80 is big news. Seeing wild orcas is one of the many reasons why living in the San Juan Islands is such a special privilege. We’ll all be pulling for these new babies to thrive, since they’re carrying the hope that we’ll continue to have the honor of sharing the Salish Sea with these beautiful and complex creatures for many years to come.