The Lowdown on Indian Island 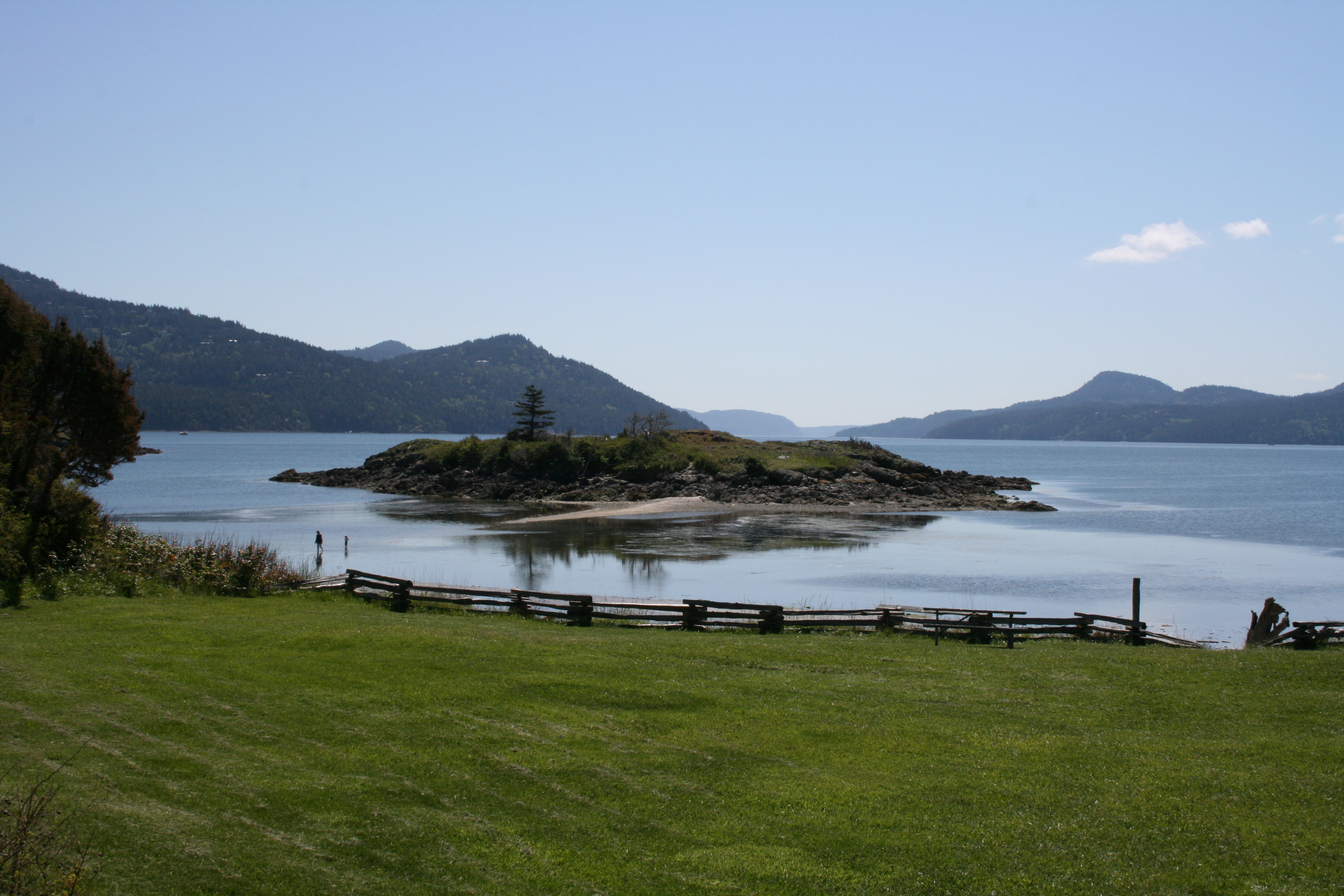 Tiny Indian Island in Eastsound, not to be confused with the Port Townsend island with the same name

It started at breakfast with friends at the Outlook Inn in Eastsound. The tide was low and the sun was shining in Fishing Bay across Main Street. The conversation turned to curious lore of the tiny island in view. Indian Island, as it is known today, was once called “Jap Island” (not just to us old-timers, but also to the US Bureau of Land Management!). Talk about politically incorrect! Before our time it was known as Victory Island. And at some point there were rumors of mining activity there. So what was the real story?

The title examiner in me (past life) began to go to work. A quick visit to harass my favorite title officer, Teri Nigretto, got me up to speed  (her family has been here forever.) Apparently “Jap Island” got its name because a Japanese man use to live there in small cabin.

Teri and I then did an actual title search and found a deed recorded in 1981 for an Official Mining Claim by the Uptown Low Down Mining Company! 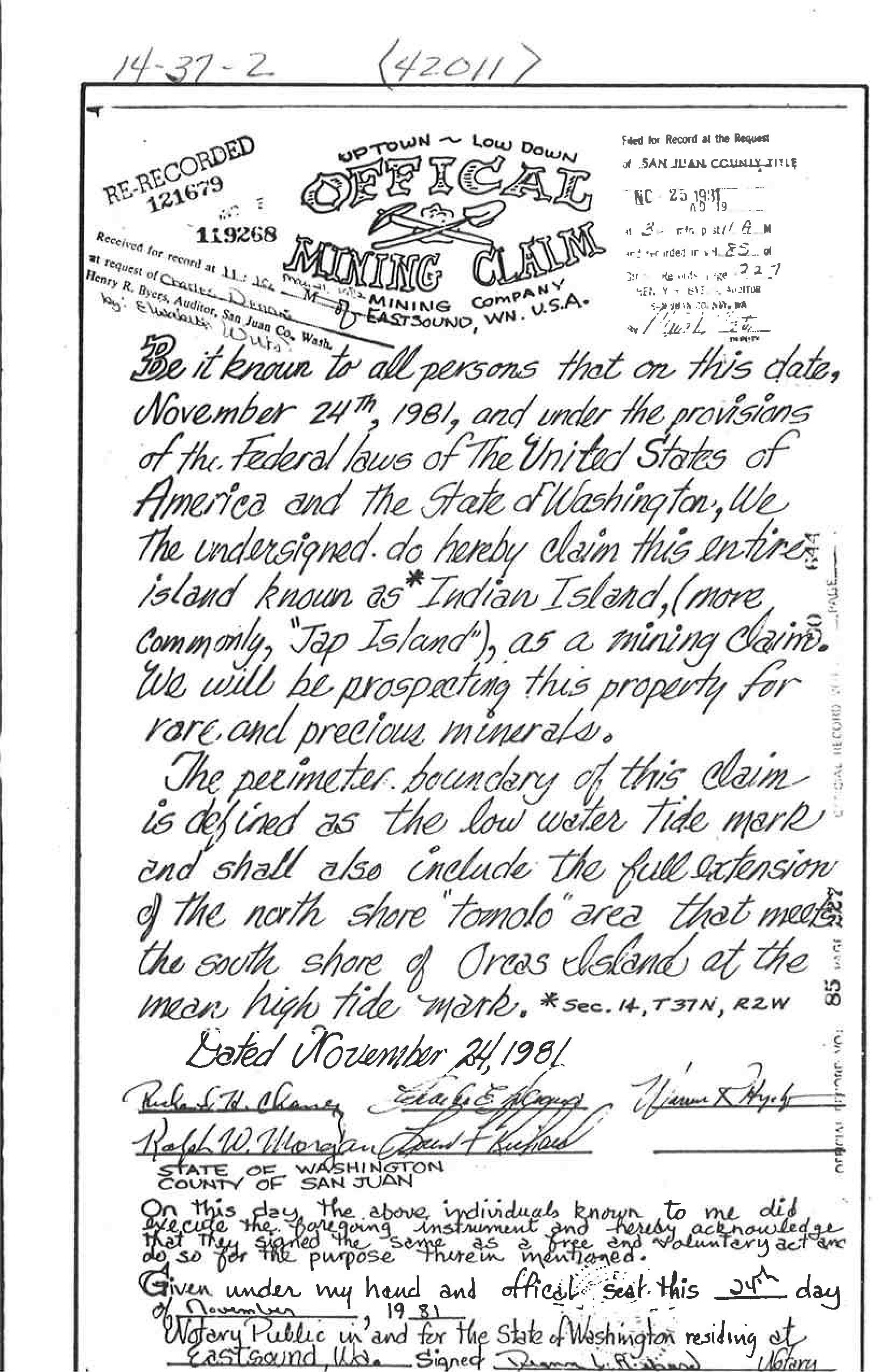 Deed recorded in 1981 by the Uptown Low Down Mining Company

None of the names were familiar and we’d never heard of anything precious being found there other than marine life. We concluded this must’ve been a group of good ole boys imbibing in some spirits when they looked out the window and had an idea to stake a claim. Whether they were serious about their endeavor or just having fun remains a mystery, but I did find proof that my breakfast partners weren’t full of hoo-ha!!

This may not answer all my questions about Indian Island, but now I’ve got a new nugget to toss out at the breakfast table. 🙂